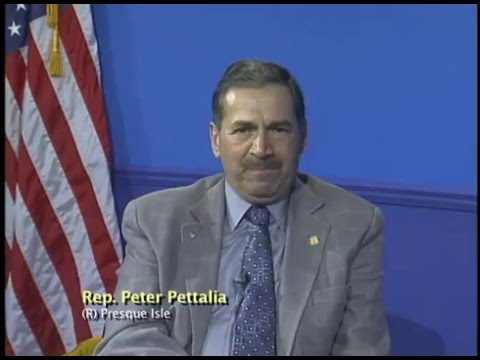 Michigan Rep. Peter Pettalia died in a motorcycle crash the other day. Which is noteworthy as Pettalia was know for being strongly against laws that require motorcyclists to wear helmets when they ride.

HAHAHAHA wow what an IDIOT. Dude spends his life advocating against motorcyle helmets, and all that work ends up killing him in the end! Bet you wish you were wearing a helmet now huh Pete? BOOM ROASTED. The word ironic is thrown around like pancakes nowadays, but I’m pretty certain that this is the Oxford Dictionary/Queens English definition of irony. “He waited his whole damn life, to take that flight, and as the bike crashed down, he thought isn’t this nice.” Shouts to Alanis. Where is that crazy canuck when you need her.

Hold up, now. On second thought, I shouldn’t be such a dick to Michigan Rep. Peter Pettalia. Because this is EXACTLY how Petey would have wanted to go. Peter died doing what everyone says they want to be doing when they die: He died doing what he loved. The man loved riding motorcycles. All you pussy helmet wearing motorcyclists can go suck a girthy one because Peter P. just showed all of you why helmets are overrated. Do you wanna be stuck in a coma for 10 years, or do you wanna go to heaven like a god damn BOSS. If you’re afraid to die, you shouldn’t be riding a motorcycle anyways. I just hope that he has a surviving heir, maybe a son, or a young Johnny Utah-esque apprentaince who carries on his anti-helmet wearing legacy. That would be the best way to honor him. True devovtion and stick-to-it-ivness to the cause right there. Power moves only.

After Actually Reading The Article:

His motorcycle broadsided the pickup. Pettalia was wearing a helmet at the time of the crash, police said. The driver of the truck, a 59-year-old woman, was not injured, police said. – Amanda Watts, CNN

HE WAS WEARING A HELMET AT THE TIME!?!?!?!? Are you kidding me?!? What a sell out. I guess this just furthers his point? Maybe? As I said, anyone who rides a motorcycle has a death wish anyways, right? Why am I asking questions mid blog? I don’t think MLA format, which JohnRichTV.com strictly coheres to, allows for such things… Does it? Is the fact that he was wearing a helmet actually make his death more ironic? Does ANYBODY actually know what the definition of irony is anymore? Answer: No – I just started a shouting match amongst my roomates regarding what irony is and we are all significantly dumber/more confused about the definition than we were before the argument started. Now THATS IRONIC (possibly). HIT IT GIRL!

P.S. — Pretty sure Alanis Morissette is just as misinformed about the definition of irony as the rest of us are.

Look no further than me himself to come up with a solution to this helmet problem. Obviously, if you have a single cool bone in your body, you’re not gonna be caught dead in a helmet. I mean, that just defeats the entire purpose of owning a motorcyle. But not to worry – with this slick new design, you can safely wear a helmet and nobody will even know!

I really want people to know about this entirely unrelated song. Have a nice aux cord. You’re welcome.

Lord Forgive Me For My Sins!