There’s something about a girl that plays sports that is super sexy. It’s undeniable. But I don’t need to explain that to you because it’s science.

I woke up this morning, my TV was already left on ESPN The Ocho, and it was showing the pre-game of the Auburn vs. UCLA softball game. The only reason I left the game on this morning when I woke up instead of immediately changing the channel as I normally would, is because I remembered seeing this clip on Barstool a couple weeks back.

Sydne Waldrop came in en fuego on my Twitter feed. I mean seriously… In one 3 second video, Sydne (fire name) put Auburn Softball OFFICIALLY on my radar. Literally the only softball team other than Team USA to ever be on my radar, aside from when I was at BGSU and we lived in Kreischer Hall with all the athletes (nbd). Sydne is legitimately rivaling Anna Kournikova as my #1 all time athlete crush, and I’m pretty sure Sydne hasn’t even left the bench yet.

P.S. You know you’re hot shit if the second suggestion that comes up on Google Images after “Your name + your job = wallpaper“

But this is not about Anna Kournikova. This is is NOT ALL about Sydne Waldrop either. I won’t deny that she is the only reason I left the game on this morning. So of course she has a whole lot to do with it — because the players who matter the most when you’re judging these kinda things are the players you’re gonna actually see on TV. So those sitting on the end of the bench nearest to the batters box (aka Sydne) are crucial. Butt that’s not all that matters. The pitcher is very important too. Because you’re gonna be seeing a lot of her from behind. Her pony tail game better be on point. And she best not be wearing a fucking face mask. But not to worry, because Kaylee Carlson, Auburn’s starter (transfer from UNC) is gorgeous as well. Don’t @ me. Kaylee is EXACTLY my type.

Now as I was watching this game today, I was only able to snag a couple photos of my own, partly due to lack of effort, but mostly due to how creepy it makes you feel to hold your camera up to the TV waiting for a hot girls to pop up on screen. Luckily I never really had to wait that long. Here’s what I was able to grab

By the way. [INTERLUDE #1] — As I’m writing this blog, I’m watching the Oklahoma vs. Alabama softball game (because I just never changed the channel), and it’s in a rain delay right now….

……which just means more Auburn softball highlights/montages. FUCK YES!!!! I’m actually super torn right now between this NBA Finals game that’s about to start, and these Auburn softball highlights. I could watch the Tigers whoop on UCLA all day long. Just see for yourself – I DARE YOU TO NOT FALL IN LOVE. If you watch any of it, fast forward to around 45 seconds in where an Auburn batter takes a pitch to the face and instinctively fist pumps. That’s a GD winner right there. We all need more people like that in our lives.

🎥 Press ▶️ to 👀 the highlights of Auburn's 10-3 win over UCLA #WarEaglehttps://t.co/bptDnsgE9R 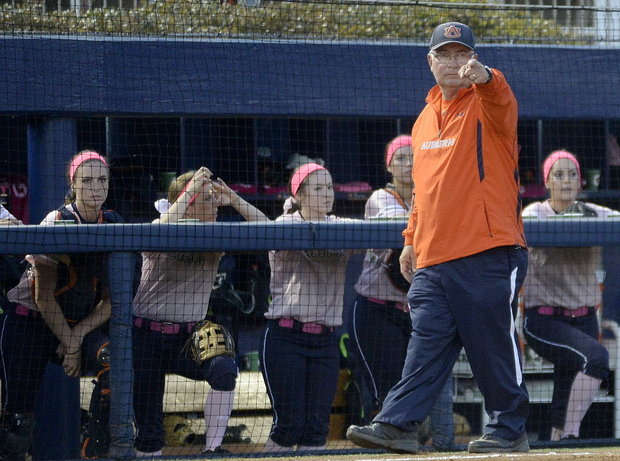 Keep it rollin’ Auburn.  The Tigers play tomorrow vs. Georgia at 7pm ET/4pm PT. That’s gonna be a must watch people. I promise. I heard an announcer describe Georgia as both ‘feisty’ and ‘scrappy’ which means they’re probably a fairly small/fast team. You do the math. I’ll likely be staying home tomorrow night as well so I can “watch Auburn Softball to write about it for my career.” WAR EAGLE. 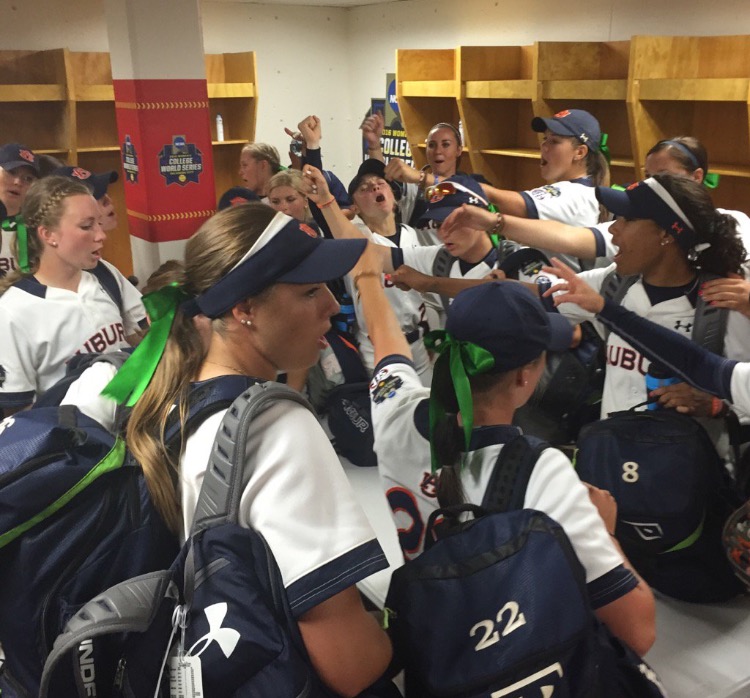