Today’s Lochte’s Locks are brought to you by Hot Whisky. Not hot as in cinnamon. Hot as in more than warm. Last weeks Lochte’s were brought to you by Cold Whisky, and the picks reflected that. They were ice cold. 2-4 from @JohnRichTV & a cooool 1-5 from new correspondent @YacobBrady. There was a shared pick in there somewhere. Lochte was 8-4 before that. So what are Lochte’s Locks now? No clue. There’s not a chance in hell Ryan Lochte could do that math so I won’t either. Doesn’t matter. Shooters keep shooting. SWIMMERS KEEP SWIMMING. Lochte’s Locks are back to even(ish), and mark my words: LOCHTE WILL NOT DROWN. He’s spent a whole lifetime in the pool without drowning, and he’s not about to start drowning now.

Now before we jump in the pool and start doing laps, I should mention that despite my heart and soul and every bone in my body that NEEDS to lock the shit outta the Bowling Green Falcons #RollAlong #TalonsUp #AyZiggyZoomba #FireJinks #HireLes +11.5 @ Ohio….. I will not. Ryan Lochte called me up personally and told me he will send me a cease and desist if I do, and I must respect Lochte’s wishes.

Did I learn from betting with my heart when I took the #RollAlong #TalonsUp #AyZiggyZoomba #FireJinks #HireLes Bowling Green Falcons last week? Kinda. But not really. Because MY Hoosiers have an EAAAAASSY cover here. 28 points? Against the nuts? I mean really… You don’t just win the coveted Old Brass Spittoon one week then roll over and die the next week like Urban Meyer pretended to back at Florida. For god sakes Ohio State is so scared of the Hoosiers that they actually made a hype video for this game (featuring the Bowling Green Falcons #RollAlong #TalonsUp #AyZiggyZoomba #FireJinks #HireLes).

Bet the Hoosiers first half, second half, money line and game. Lochte will 1000% not let you down with this one.

Michigan State is coming off a few bad weeks, but I believe the reason for that is because they were too busy packing Grizzly Wintergreen lip bombs and spitting into the Old Brass Spittoon. As forementioned, Indiana took that Old Brass Spittoon from them last week, so now the Spartans can go back to practicing football plays. [Side Note: Indiana will not be distracted by the Old Brass Spittoon,,, it only works one way]. Also, science will tell you to never bet on a team traveling 2+ time zones away. BYU will not even come close to covering because their bodies will not understand what time it is and they will be the Mr. Krabs meme all game long. 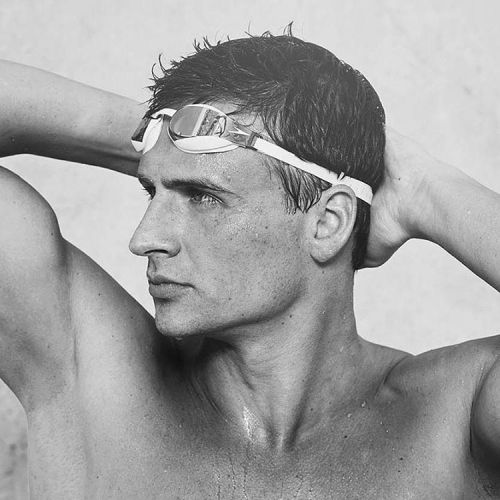 Winner gets a Golden Hat.

Honestly thought this game would be a pick’em, so no chance Lochte is passing up on this one. Charlie Strong and the Longfingers i mean Horns won this game last year in a massive upset that probably saved Charlie’s job. He’s on the hot seat once again because the University of Texas has negative patience when they’re not winning football games. Charlie S and his legendary pointer finger are gonna do it again imho. Hook Them Horns. Too much pressure for the Washington Puppies #BoomRoastedDontEvenBotherShowingUpIAlreadyBurriedYou. I don’t think the Puppies #BoomRoastedOneMoreTime have been ranked this high since ever. Now everybody write this down. Save it to your iCloud — ALL GOOD GAMBLERS KNOW TO BET ON A TEAM WHEN THEY BREAK OUT FIRE JERSEYS. Never forget that. Lochte is not dumb. He knows what he is doing. Feast your eyeballs on what the Ducks will be waddling out in today.

Is it even possible to lose in those? No it’s not. I mean shit I should almost just Lochte’s Lock the money line on this game. THE WEBFOOTS HAVE NEVER LOST A GAME AND THAT IS A FACT. Bet the hostel on this.

USC sucks. I know because they’re right next door and they’re shitty neighbors. Their dumb house dogz poop everywhere and they don’t even party. Colorado is a legitimate team as well, and Boulder, Colorado is one big stoned orgy. Sorry for partying USC. Idk where I was going with that I forgot. Regardless, Colorado is hands down a better team overall than USC. USC is about to fire their coach. They’re a scolding hot mess of stupid homeless people garbage right now.  I wouldn’t bet a single one of my 99 cent store sunflower seeds on the Trojans. But I would bet the lives of the family of the guy who’s watching me type this on the Colorado Buffaloes. Sup bro? You’re directly behind my left shoulder i see you. That’s right walk away bitch. Imma fuck your girlfriend within like 3 days. Bet your bunk bed on that.

I don’t even understand this line. North Carolina is a damn good team. I actually LOVE them as a dark horse to make a playoff run this year. Trubinsky (sp?) somethin like that is a great quarterback. And is Virginia Tech even relevant anymore? Answer, no. Orange and Maroon do not go together. Blacksburg is gay. No homo. North Carolina invented their own color and it rules. Carolina Blue. Am I putting wayyyy to much emphasis on style? NO. LOOK GOOD, FEEL GOOD, PLAY GOOD, COVER SPREADS GOOD. THE 12TH MAN SMOKES BEASTERS. JOHNNY FOOTBALL JUST CHECKED INTO THE THE HOSTEL. THE TENNESSEE VOLUNTEERS PUT IN A CHEAT CODE THAT DOESNT ALLOW THEM TO LOSE A FOOTBALL GAME NO MATTER WHAT. THEIR GAME VS GEORGIA LAST WEEK WAS THE CRAZIEST EMOTIONAL ROLLERCOASTER I’VE EVER EXPERIENCED IN MY LIFE. MY KEYBOARD DOES NOT HAVE CAPS LOCK SO IM TYPING ALL THIS WITH MY RIGHT PINKY ON THE SHIFT KEY. THIS BLOG IS ABSOLUTELY GOING OFF THE RAILS. CUE THE MULE DEER.

REMEMBER THAT ONE TIME THIS IDIOT JUMPED THE GUN AND STARTED FADING LOCTHE AFTER ONE WEEK OF BAD PICKS? JAKE PRICE IM TAGGING YOU IN.

*The following was authored by professional analyst Jake Price @YacobBrady. Please @ him*

But if it’s in italics, or it’s in elipses, or it’s a picture of a mule deer, or it’s a legendary pun. Then John said that

Talk about a program shitting the bed. When’s the last time you’ve heard of Oregon losing 3 games in a row? Giving up 35, 41, and 51 points their last 3 games, and in combination of Washington absolutely steamrolling Stanford, this seems like a no brainer. They are 0-4-1 against the spread. Washington covers with ease.

Buckeyes seem to score a touchdown every possession. They have given up 2 passing touchdowns and 0 rushing touchdowns all season. They are 4-0 against the spread and no reason not to continue riding their hot streak.

We still agree on some games doe

Since when is Colorado good?!?! Since when have they averaged over 40+ points a game? This team is for real. One road win after a shaky start doesn’t justify USC to be back. Colorado is 5-0 against the spread. I think Colorado wins outright, let alone covering. Holy shit talk about cocky. What an amazing tomahawk by A FUCKING KICKER.

UNC will ride the high of beating FSU. Va Tech has been putting up points, but in a head to head in UNC, I’ll take the Tar Heels. Side Note: If the weather sucks (100% rain the whole game), UNC can’t run the ball. The more I think about it, the more I think I regret this pick. Shit… sticking with though because I already put down my cash.

No way my boys fail me in back to back weeks. Southern Miss averages 42 points per game and over 500+ yards. UTSA is giving up over 380 yards per game on average. Sometimes, you just have to have Faith Plus One, and I definitely have that in SoMiss. Talk about an over reaction. Stanford loses one game and people are fucking losing their minds over it. Sure, Washington State has hung 50+ the last two games, but the spread has moved down 5.5 points. Are you kidding me?! This is an overreaction, people. Stanford is still an amazing team with a solid D core. Lochte (Spitz) of the week. Write it down. Bet your mothers income on this game. Stanford covers.